Hinojares and the surrounding area

Hinojares nestles in the valley of the Río Turrillas at the southern edge of Sierra de Cazorla Natural Park in Jaén Province.

It is bordered by the provinces of Granada and Córdoba – also in Andalucía – and also by Ciudad Real and Albacete in the autonomous community of Castille-La Manche .

Jaen is one of the lesser-known provinces of Spain, compared to the heavily tourist-oriented coast, it has four national parks and many other protected natural areas. The province also contains two Renaissance cities, Úbeda and Baeza, both recently declared World Heritage Sites by UNESCO.

The province has among the highest concentration of castles in the world outside the Levant thanks to its strategic position during the Reconquista.

Olive oil was introduced to the Iberian peninsula by Phoenicians and Greeks.
Jaén, often called the world capital of olive oil, and its olive tree fields which bathe the city and province enjoy a well-deserved world recognition for the prestige and extraordinary quality of its oil. The Picual variety is the one which is mainly produced because its quality and endurance at extreme temperatures.

The province is the largest producer of olive oil in the world. It produces around 45% of all Spanish production and 20% of world’s production.

There are more than 66 million olive trees, spread over 550,000 hectares. The province alone produces more olive oil than the entire country of Italy. 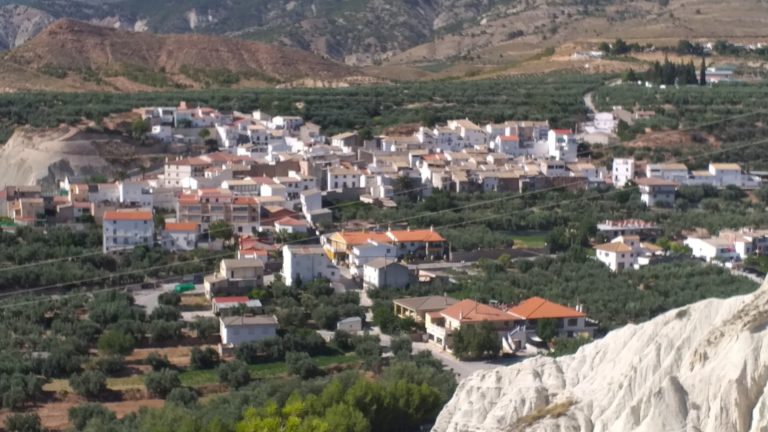 With a population of less than 350, Hinojares is the smallest municipality in Jaen. Hinojares can really be described in one sentence . . . a group of pretty dwellings surrounding the Plaza Constitución and the Iglesias de San Marcos.

Úbeda, and the neighbouring city of Baeza, benefited from extensive patronage in the early 16th century resulting in the construction of a series of Renaissance style palaces and churches, which have been preserved ever since.

In 2003, UNESCO declared the historic cores and monuments of these two towns a World Heritage Site.

Wander the plazas and cobbled streets and visit the beautiful buildings.

The cathedral town of Guadix is well off the beaten path. It’s history dates back to Phoenician and Roman times, and it played a major role in the Reconquest.

The most interesting feature of the Guadix area is that many of the inhabitants of this large town live underground. The cave district is signposted on the main street of the town as the “Barrio Troglodyte”.

You will also find amazing Roman remains. The teatro romano was discovered in 2007 when a new underground car park was being built.

Jaén is the capital of Jaen Province. It’s position in the hills of the Santa Catalina mountains, means there are steep, narrow streets, in the historical central city district.

The Renaissance-style Jaén Cathedral holds the Holy Veil, said to have been used to wash Christ’s face.

In the Palacio de Villardompardo, the Arab Baths Cultural Center includes an 11th-century bathhouse and 2 museums.

There are 13 Embalses / Reservoirs in Jaen Province. The nearest is Embalse de Bolera where you can go “wild” swimming and kayaking.

But just over the border in Granada Province is the Embalse de Negratin. Located n the southern side of the lake you’ll find Playa de Freila – which has a stony beach and a great little restaurant where you can have lunch (menu del dia) or snacks.

Kayaking also available on the northern side of the lake at Club Deportivo Negratín.

Or take a trip to the thermal baths at Zújar.

This website uses cookies to improve your experience.
We'll assume you're ok with this, but you can opt-out if you wish.
Read MoreCookie settingsRejectACCEPT